It was a double celebration at the St Peter’s Hospice shop in Southmead on May 13th. Cake and balloons were on hand for all as the store marked its 20th anniversary of trading in Arnside Road and the official opening of the new look Arnside shopping area by the Lord Mayor of Bristol.

Local people, working with the Southmead Development Trust, have helped to design a range of improvements to make Arnside Road a more attractive, safer and eco-friendly place to visit. The shopping area has been substantially updated, including new pavements, kerbs and walkways, new cycle stands and bollards, street planting beds to help natural drainage and increase biodiversity, and new car parking areas on Greystoke Avenue.

The Lord Mayor of Bristol, Councillor Steve Smith said: “It is an honour to officially open the new look Arnside and reveal the extensive public realm works that have been undertaken over the last year.

“The new granite benches feature artwork by Nick Hands and Simon Tozer. They were developed with local people and celebrate everything about the local area, including the famous son of Southmead, David Prowse, who played Darth Vader in the original Star Wars trilogy.

“For me, the nice thing about coming here is meeting the people who’ve made this happen, being able to celebrate that and thanking them for all their hard work. I’m delighted to see what’s happened in the local area and to meet the St Peter’s Hospice team celebrating their 20th anniversary at the same time.”

The development will make a big difference to the St Peter’s Hospice shop as improvements to the road allow easy access for drivers to pull up outside the store and donate goods.

Southmead store member, Jeanette, managed the shop for over ten years and has seen it grow during that time from a single unit (replacing Terry’s newsagents) into a double unit, expanding into the former fruit and vegetable shop next door.

Jeanette said: “We’d like to thank the local community who’ve given us so much support and made us part of the Arnside community. We’ve built up a strong team of loyal volunteers who help us in the shop, alongside our staff.

“Our stock turnover is high, and customers are always surprised at how much new stock comes in every day. We always need more goods to sell, and rely on donations from the local community. Ladieswear, homeware and jigsaws are especially popular with customers, and we welcome all donations that are clean and tidy and are of good enough quality to be sold on in the shop.”

Frank Noble, Chief Exec. of St Peter’s Hospice said: “This shop is in the heart of the local community, and we are looking forward to trading here for the next 20 years.” 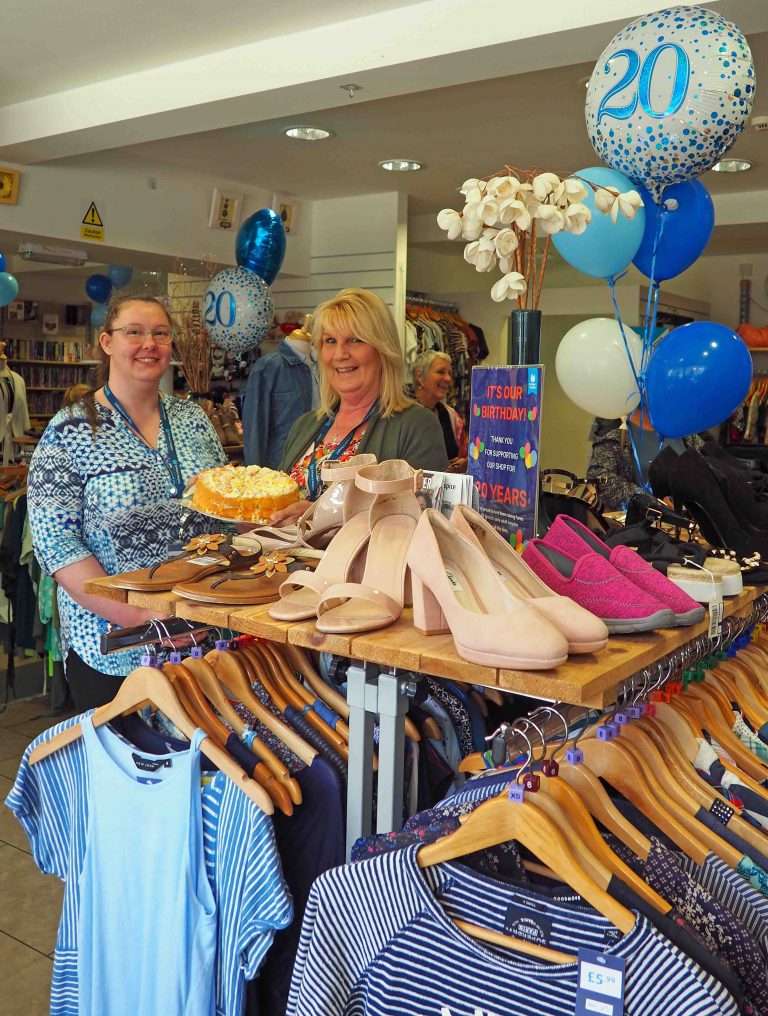 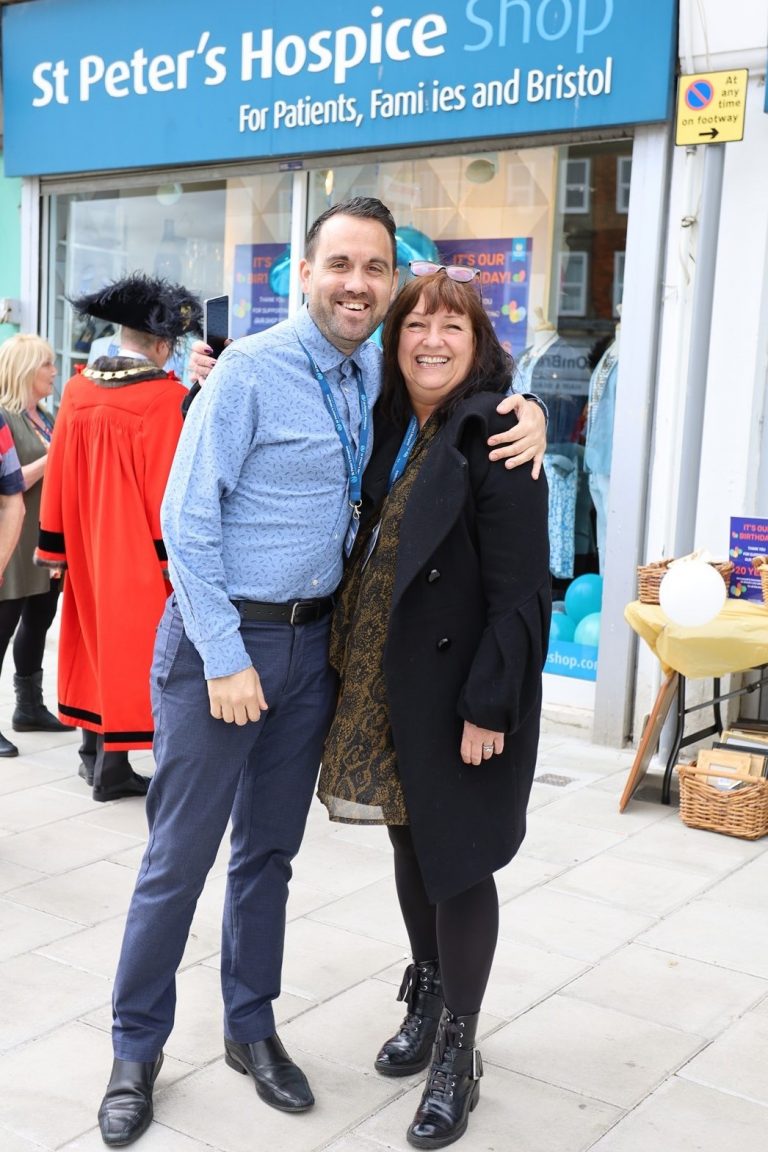